Skip to content
Previous Next
Culture, Climate, and Trust

According to Deloitte, organizations with inclusive cultures are 8x more likely to achieve better business outcomes. As we work towards making our workplaces more inclusive and welcoming it is important to create a common language and common understanding of key terms for all team members.

Climate is what we perceive.  It is typically lighter and more superficial versus culture. It defines the current mood and has also been defined as the ‘temperature’ of the team or organization. Climate tends to fluctuate based on the surrounding environmental conditions. It is important to distinguish climate and culture so you know what you are working with when leading a team and so you understand that it is okay and normal for the climate to vary from day to day as long as the foundational culture is healthy.

Culture is what we believe. Culture has more depth than climate, is typically ingrained over time, and is deeply rooted in the origins and history of the organization.  Core values dictate employee behavior and because of this most often define the culture. Culture is most often very difficult to evolve and is very slow to change.

In Patrick Lencioni’s book, The Five Dysfunctions of a Team, a leadership fable is utilized to emphasize the following five behaviors that are critical to a cohesive, high-functioning team.   These are the teams that are composed of satisfied employees that operate at a consistently high level of productivity. And by the way, they have more fun. 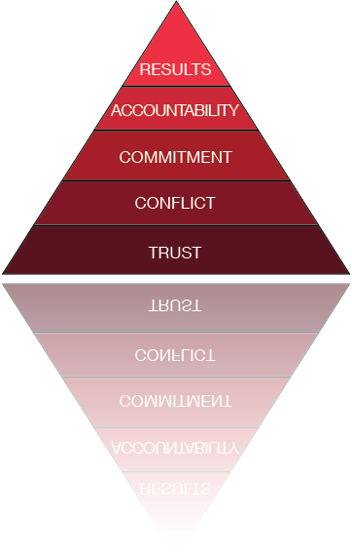 Five Behaviors of a Cohesive Team

The first and foundational behavior of a cohesive team is trust, and specifically a vulnerability-based trust. At the heart of this type of trust is the willingness to abandon pride so that each team member can simply be themselves. This can ultimately become quite liberating, especially for people who are tired of overthinking their actions while managing the politics that accompany many work environments.  Consider the team you lead or a team you are part of.  On a scale of 1 to 5 where 1 is very low and 5 is very high, where do you rate your team on vulnerability-based trust?

When a foundation of trust is in place, team members can engage in a productive, unfiltered debate of ideas.  This type of conflict is focused on concept and ideas and avoids mean-spirited, personal attacks of any kind.  If you are not sure where your team falls on the 1-5 continuum of mastering conflict, consider the lists that follow.

Teams that engage in conflict:

With those two lists in mind, consider the team you lead or a team or one you are part of.  On a scale of 1 to 5 where 1 is very low and 5 is very high, where do you rate your team on mastering conflict?

When team members can freely offer opinions and debate ideas, they are most likely to commit to decisions.  In the context of a cohesive team, commitment includes clarity around ideas and the ability to move forward with complete buy-in from every team member including those who may have initially disagreed with the decision.  How many times have you left a meeting to see a few colleagues huddling in a post-meeting conversation about how much they disagreed with the decisions made? How many times did you personally leave a meeting without clarity on what was decided and who would be doing what by when?  Once again, consider the team you lead or the team you are part of. On a scale of 1 to 5 where 1 is very low and 5 is very high, where do you rate your team on achieving commitment?

When everyone is committed to a clear plan of action and understands each team member’s role and responsibilities, they will be more willing to hold one another accountable.  Consider the two following lists.

A team that avoids accountability:

A team that holds one another accountable:

On a scale of 1 to 5 where 1 is very low and 5 is very high, how well does your team embrace accountability?  Jot it down. 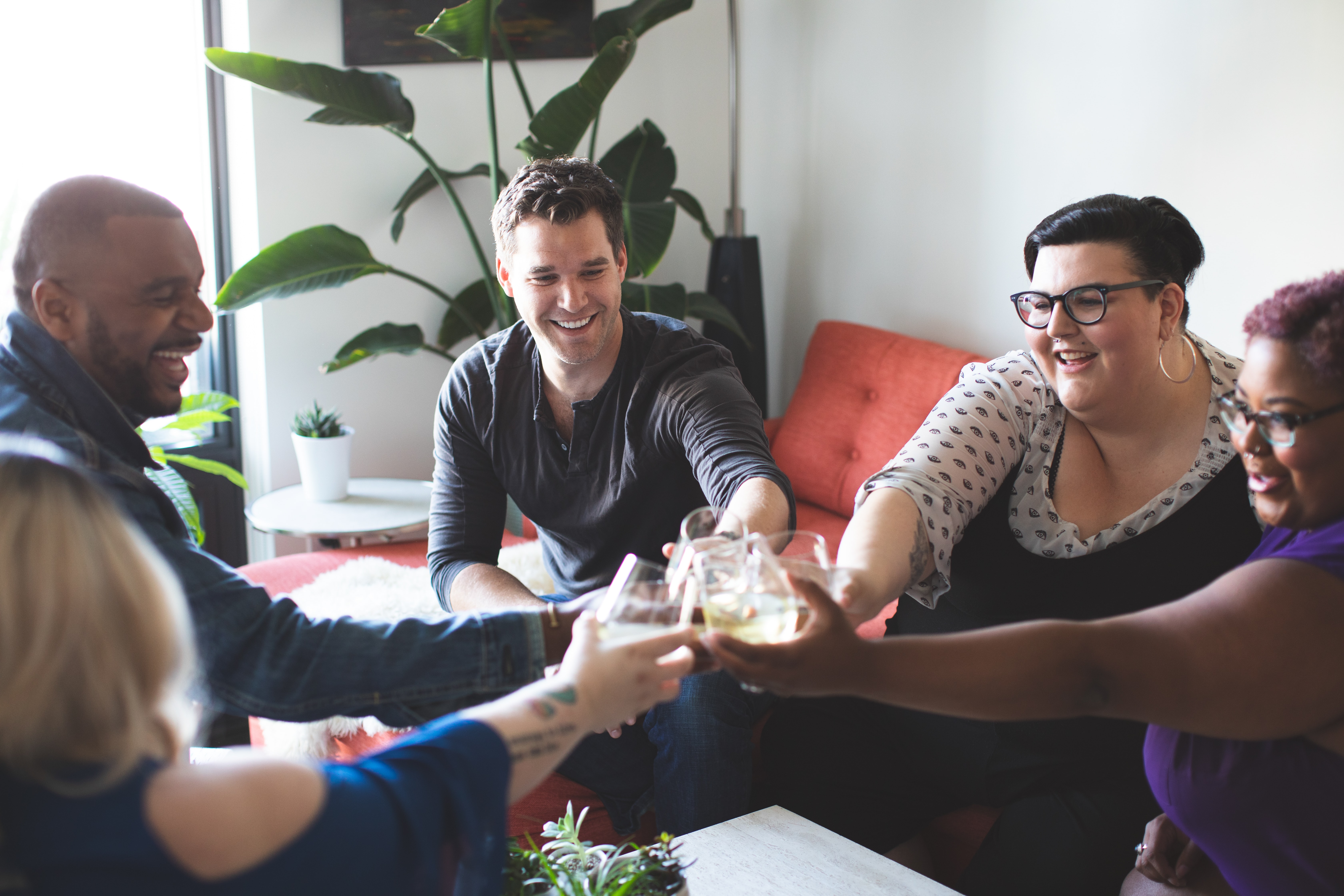 The ultimate goal of building greater trust, encouraging healthy conflict, committing to decisions, and holding one another accountable is one thing: the achievement of collective results.  The highest functioning teams value collective outcomes more than individual recognition and attainment of status.  Consider the following lists.

A team that is not focused on results:

A team that focuses on collective results:

On a scale of 1 to 5 where 1 is very low and 5 is very high, where is your team on the achievement of collective results?  Do you have clear SMART (specific, measurable, attainable, relevant, and timely) goals that your team focuses on collectively?  Do you measure your progress against these goals on a routine basis with the whole team and celebrate successes?  Perhaps more so than with any of the five behaviors, the leader must set the tone for a focus on collective results.

Now that you have analyzed your team against all five behaviors of a cohesive team it is time to build on your team’s strengths while identifying the behavior that needs the most work.  Create a plan of action using the five behaviors as your scaffolding. Pick one thing to commit to as a next step – what are you going to do by when? Involve your team, ask for help, and model the behavior you expect.

The Five Dysfunctions of a Team, Patrick Lencioni, Jossey-Bass, 2002